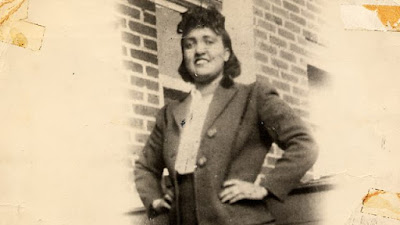 an African-American, had cells taken from her body in 1951
when she was suffering from cancer.
Those cells were found to be unique in a most particular way.
They continued to reproduce endlessly in the laboratory.
Culture from those cells have since been used
in thousands of scientific experiments.
But - of course - Henrietta herself was never asked
if her cells could be used in medical research.
Much less rewarded.