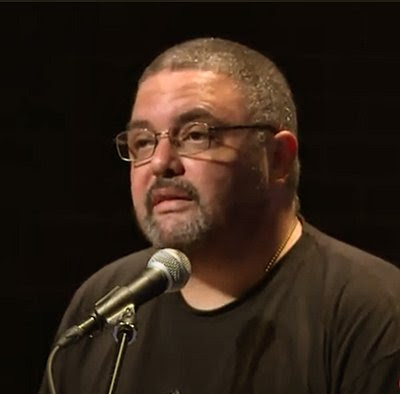 (who doesn't photograph well,
just as my dog Oscar was unphotogenic)
greatly resembles a lover I had
for three - or more - years
just after I came out as a sort-of-a-not-quite-a-bona-fide-sort-of-a-homo
when I was forty.
This man is a great poet.
When I was a child on a big
bigoted island
where no-one was black,
I prayed God to please make me black.
(I later learned that the great writer Jean Rhys did the same.)
Later on, I prayed God to make me go dead,
and stood out in the dank Irish cold
hoping to catch TB or Rheumatic Fever.
I still am ashamed of - dislike -
the now-mottled pinkish-gray
of my almost eighty-year-old skin.
I never had, never missed a father.
He probably was white. Maybe Canadian. A white shite
who had a quick shag one  Second World War New Year's Eve
with my (I'd say she was, in her humble way, holy and) virgin mother.
I wish - despite that damned fucking useless God - forever
that Shane McCrae
had been my father - or, failing that, my lover
if only for one hour of one day.
I knew of his existence (thanks to the Great God BBC)  only yesterday!
I'm absolutely sure he would not want to hear from me.