Almost nobody patronised this village shop before The Virus came.

But it has had to close during Le Confinement. 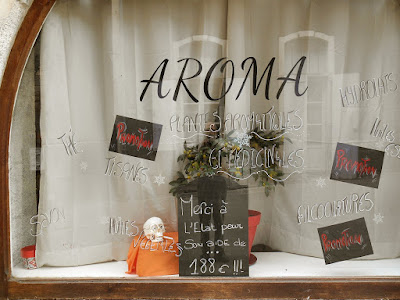 The notice in the window gives thanks to the government
for its generous Closure Compensation of 188 euros/dollars.

It opened at the same time as an up-market Tattoo Parlour
just a hundred metres/yards away...

The café-restaurant de Lagardère is even closer.

A very famous (in France) late 19th century novel involved the Hunchback (Bossu)of Caylus and the Knight Lagardère...
and there was a famous Anne, to wit:

You will have gathered that the village where I live is...Caylus.

188 euros for the whole period of 'confinement' !