Local elections are coming soon in France.
Remote Rochefourchat in the far south of the country has 6 stone dwellings, a non-functional phone-box, an old church - and just one permanent inhabitant, who was mayor until he resigned a couple of years ago.  His replacement is a Paris lawyer who has a holiday home in the hamlet which continues to be designated a commune, and thus must have a mayor and local council.  The seven councillors represent the total of seven families who are also holiday-homers.

Any public works (on laneways and the only street) are carried out (or financed) by the second-homers.  The requisite 4 council meetings a year take place over a meal around a private table.  There are few decisions to be taken

"We have direct democracy, as in ancient Athens," declared the mayor. 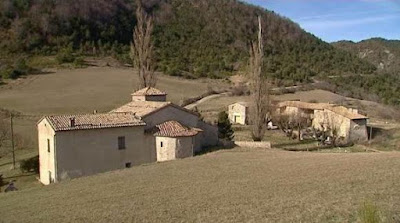