Two of my favourite drawings by the great
Foma Jaremtschuk: 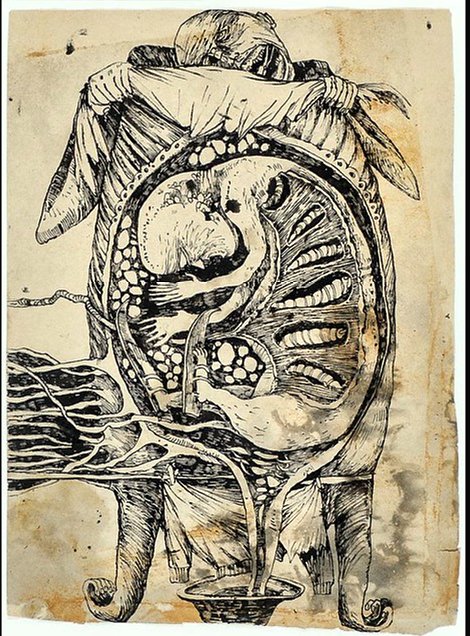 Foma Jaremtschuk (1907-1986)was born in a remote Siberian village in 1907. In 1936 he was arrested and sent to a Siberian labour camp - where he spent most of his life before being moved to "psychiatric facilities", where he died in 1986.

Some time in the 1950s and early 1960s, while under the care of Dr. Mikhail Kutanin, head of the Saratov Psychiatric Clinic, Jaremtschuk produced a remarkable body of drawings. Though completely untrained and using only the simplest of materials, he created a pictorial universe that is utterly compelling yet terrifying.

His drawings, between raw fantasy and realism, speak eloquently of the appalling experience of the extremely harsh life in the Soviet Gulags.

They should be reproduced on walls as 'Street Art'.