Europe's towns and cities have little that is olfactory left.

When I was young I passed through smells
from East Belfast to city centre:
undertones of filthy Connswater close to
the bread-and-biscuit-factory;
then ropeworks, abattoir and docks
where pissing calves were shipped to Scotland;
finally an odour-symphony
emanating in heady, rich, delicious waves
from Murray's tobacco-factory,
where Erinmore, smoked in thoughtful pipes across the world,
was carefully composed.

Now the only smells are poor and localised:
air-fresheners, deodorants and after-shaves. 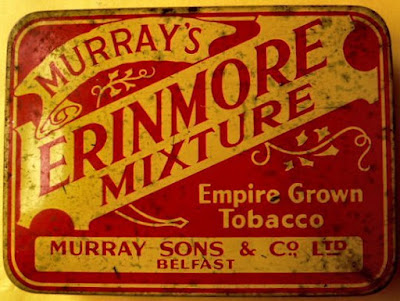