the Political Poster Board has to be cleared from the last election. 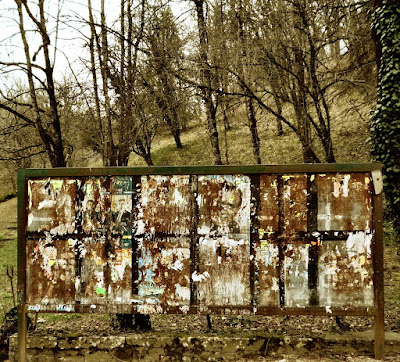 France is so civilised that the fly-posting of political posters is illegal.
Each commune or village has its board, on which all the candidates are pictured
together with their banal slogan.
There is no (USA, Philippines, India-style) television-advertising, either.
My prediction is that Marine le Pen will win, thus upsetting the smug apple-cart
of Western Liberal Values in Europe, and threatening the fake cohesion
of the European Union - of which, I should say, I am an absurdly-keen supporter.