Civilisation is founded on privation and religious taboos.

For example, the almost-universal
taboo against eating (and, presumably, enjoying)
foreskin-cheese.
No wonder.
Here is a typical civilised human being
at the current peak of earthly evolution. 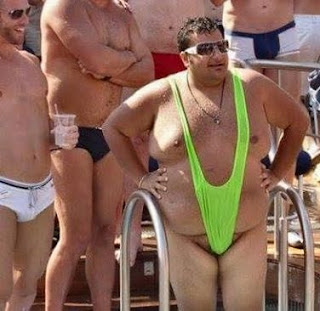 Capitalism was founded on the most appalling slavery
ever practised, by a racist country which to this day
sees itself as a bastion of freedom and human rights
- for the privileged people who are allowed to enter it.

Three non-sequiturs here and an unkind imputation (the photo): foreskin cheese as a religious taboo, human evolution (illogically and uncivilly illustrated by an overweight man), country originating capitalism (you mean industrial capitalism, since capitalism originates from unionizing, specializing labor in medieval guilds and commerce in medieval chartered townships--the majority of which were outside of England).

I meant banking capitalism, invented in England in the 18th century.

As far as I know, the first capitalist enterprise was a cartel of water-mill owners in Toulouse in the 12th century, who sold shares to pay for expansion.

As always I learn something even when disagreeing and chastising.