My window-sill this morning. On the right, a flower of one of the hardiest of the many species of Caralluma,
a succulent which gives off a smell of rotten meat to attract certain flies and wasps. 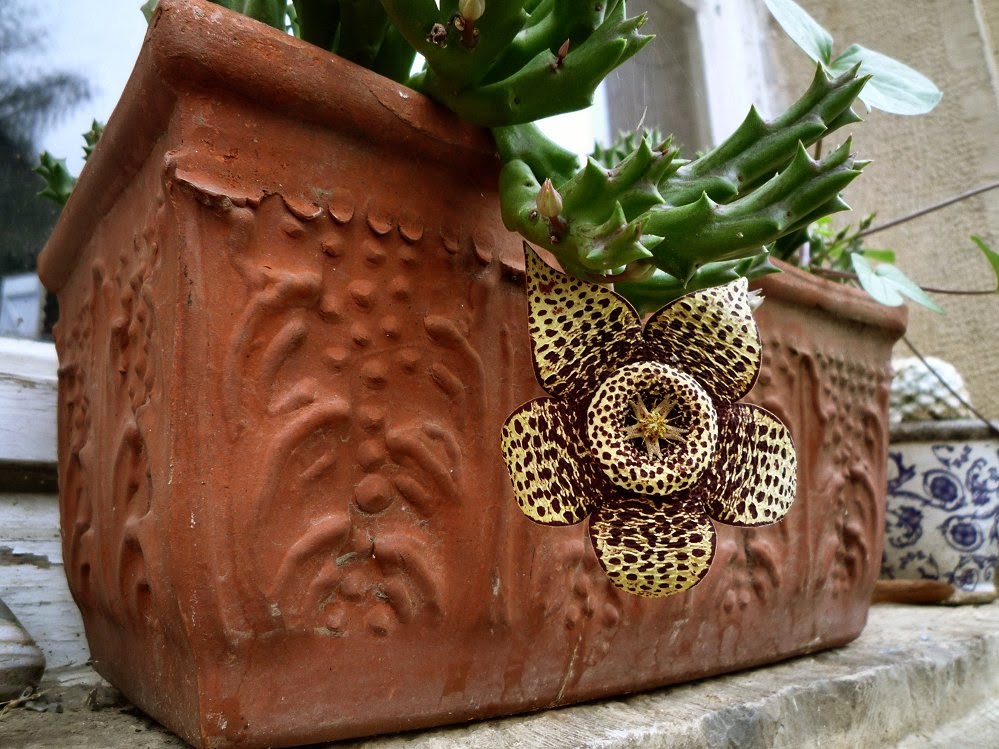 You are wise to have this one outdoors. On visiting an eccentric friend of ours in the Cochise Valley of southern Arizona, where in the middle of a wide desert just east of the beautiful Chiricahua Mountains, he had bought ten acres and planted a forest of different species of oak trees, now joined by invasive tall bamboo (as of our last visit in January of 2014), we saw he had among other oddities (like a solar stove, outdoor compost toilet, and open-air shower) a sun porch attached to the back of his cabin, the entire floor surface of which was filled with a species of these Caralluma. They did not look as healthy as yours, nor were the flowers as well formed, but our host was very proud of their effect: they reeked, filling the air of the glass porch, with a sickly sweet smell of rotting meat as if twelve rodents were decomposing. He was a fruitarian then, supplementing his diet with nuts, wanting to be totally self-sufficient on his own land. With my rapacious, reportorial curiosity, I silenced my inevitable question: "Why indoors and why next to the open wall to your bedroom?" I wanted to honor his eccentricity, which was daring and charming, although horrendously self-absorbed.