people in earlier times
were wiser than we are,
maybe had greater foresight.
In Roman times moralists declared
the lending of money at interest 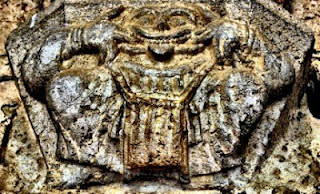 to be one of the very worst sins,
a theme graphically stressed
by Christian monks at the dawn
of capitalism nearly a thousand years ago. 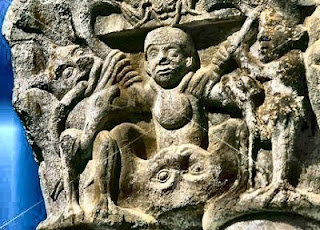 Moneylender, with moneybag, pulled by demons into the jaws of Hell, 12th century.