If Her Britannic Majesty were not Lord of Man and the Southern Isles,
Sovereign of England, Wales, Scotland and even (God help us!)
Northern Ireland, plus Tristan da Cunha, Ascension Island,
St Helena, Gibraltar, the Channel and the Falkland Islands;
were not Head of the Commonwealth (I wonder if it has a heart
beyond the British Arms and Aviation Industry ?)
including some unsavoury dictatorships
and some unsavoury democracies -
her talents would have allowed her have been manageress
of a supermarket, or something big in Personnel,
a stable-owner, a headmistress, or something fairly high up
in the police or army (where brains and principle
have little value).  Intellect is very rare in monarchs,
least of all the Hanoverians and Saxe-Coburg-Gotha-Windsors. 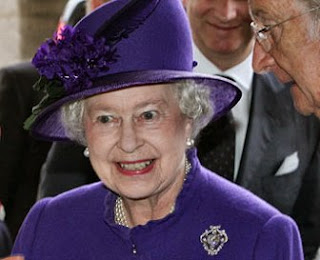 Thus, because she also is a Majesty,
she embodies all that is worst about the anti-intellectual,
class-ridden English.  Millions identify with
the monarch of Marmite
in some vulgar way, even glorify her,
though she is by any standard without majesty -
or even ordinary dress-sense. 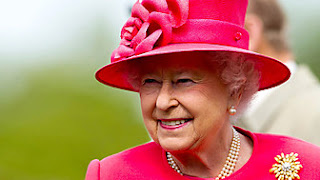 Apparently, and unsurprisingly, she takes her title of
Defender of the Faith* of the Church of England
very seriously. To be a monarch and a Christian requires
right royal hypocrisy.  Even a pope (Celestine IV) declared
that one could not be pope and Christian.  He promptly
abdicated...may later have been murdered...
But her Britannic Majesty
celebrates - or is victim of - a jubilee. 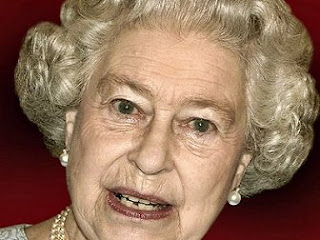 Her creepy, fawning subjects
keep saying how intelligent
she is, and shrewd, and such...
what a sense of irony she has...
Methinks they do protest too much.

*This title was given to Henry VIII by the Pope Leo X for his defence of the supreme authority of the Papacy.
It was also held by Kings of France. 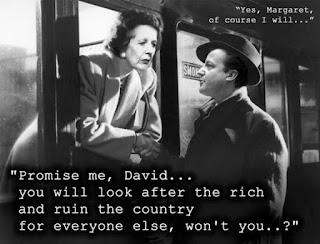