At Yeats' grave in county Sligo
I felt inspired by place
and his resounding lines. 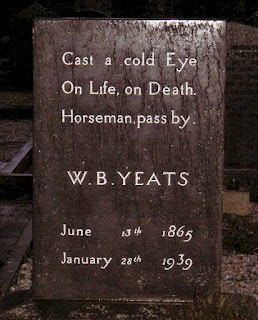 At Oscar Wilde's tomb in Père Lachaise
(long before the lipstick-cult had started)
I was angry, not so much at Oscar's
stupid fate as at the fate of Epstein's
splendid, generous monument
whose genitals (once fig-leafed)
have been damaged more than once. 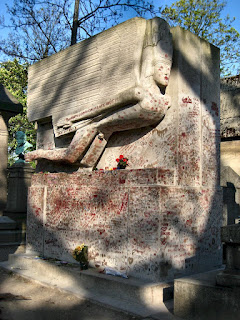 And at Auvers-sur-Oise I grieved
before the simple ivied grave
- but not so much for Vincent,
as for his saintly, self-effacing brother Theo
whose philadelphic constancy
made his life, too, a misery. 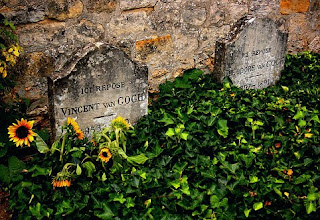